July 1809 was a time of bustle and excitement as Jane and her family of women (mother, sister Cassandra, and dear friend Martha Lloyd) moved into Chawton Cottage. For Mrs Austen, now almost 70, and Jane, 33, it would be their last settled home after years of removals and financial worries. Finding a home and feeling at home, whether in a place or among a set of loved and loving people, is an important thread running through all Austen’s novels. The only intimation of her own feelings in July 1809 is the verse letter to brother Frank in China announcing the birth of his son and, as an afterthought, describing ‘Our Chawton home’ 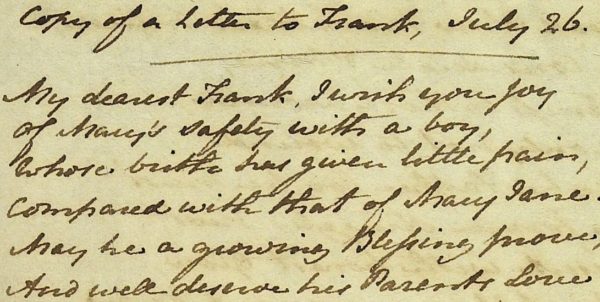 You can discover more about this lovely letter here

Built in the seventeenth century, the Cottage was and is a rambling, untidy structure: L-shaped, with two storeys, six small bedrooms and garrets above for storage or servants’ rooms.  Gardens, a courtyard and some outbuildings (a bakehouse and laundry, stabling for a donkey) completed the place.  It had been a pub and more recently the home of brother Edward’s estate manager.  Some minor remodelling was ongoing in July as the women moved in: the drawing-room had been redesigned so that its window faced onto the garden rather than the busy road that pressed close to the house.  Jane writes to Frank of ‘rooms concise’ and ‘rooms distended’ knowing the interest he took in domestic detail: when the Austen woman and Martha shared accommodation in Southampton with Frank and his wife, he had busied himself ‘making very nice fringe for the Drawingroom-Curtains’.

The road through Chawton village was in 1809 a major thoroughfare. Jane’s niece Caroline, who often stayed with her aunts, describes the ‘stillness of night so frequently broken by the noise of passing carriages, which seemed sometimes, even to shake the bed’. Others commented on looking down from a coach on which they travelled to glimpse the Austen women at tea in the dining room.  There was little privacy.

On the other hand, the gardens were a refuge. Here, says Caroline, ‘you did not feel cramped for room’. Over time, a shrubbery flourished under the women’s care; there was a gravel walk, an orchard, and a kitchen garden, where Mrs Austen dug potatoes and Jane picked raspberries and gooseberries.  Two summers later on 6 June 1811, she teases Cassandra, then on a visit to Godmersham: ‘yesterday I had the agreable surprise of finding several scarlet strawberries quite ripe;—had you been at home, this would have been a pleasure lost.’ 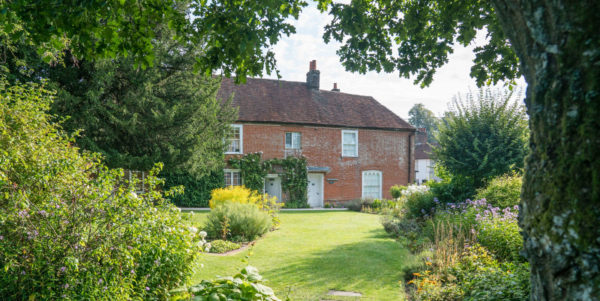 Taking part in #JournalingwithJane? You can find out more here. 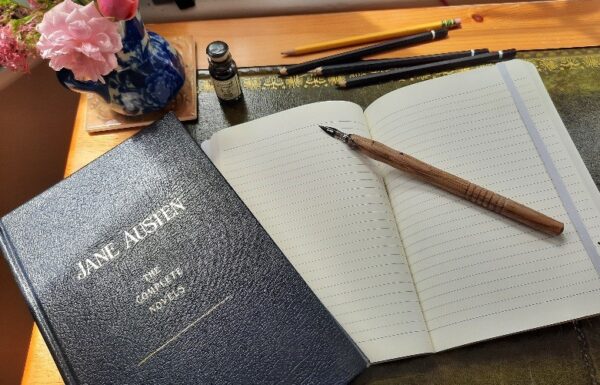