We are delighted to announce a number of new acquisitions which can be seen for the first time on our Collections pages. They will also be on display in the House when we are able to re-open our doors.

This delicate portrait miniature depicts Miss Mary Pearson, a young lady who in 1796 was briefly engaged to Jane’s brother, Henry Austen. As a pretty girl who jumped into a short-lived engagement with a dashing young soldier, it has been suggested that Mary may have been an inspiration for the character of Lydia Bennet ­– the officer-obsessed teenager who eloped with the notorious Mr Wickham in Pride and Prejudice…

This portrait miniature was purchased with support from the Beecroft Bequest and Art Fund.

Portrait miniatures of the Digweed family 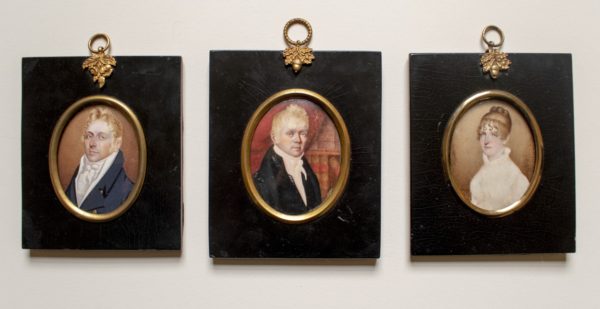 Painted by George Jackson in May 1811, these three portraits depict Francis-William Digweed, James Digweed, and his wife Mrs James Digweed (nee Mary-Susannah Lyford). The Digweed family lived in Steventon, where Jane Austen’s father was rector, and were among the Austen’s nearest neighbours. The families grew up together and they were mentioned numerous times in Jane Austen’s letters.

These portrait miniatures were purchased with funding from a private donor. 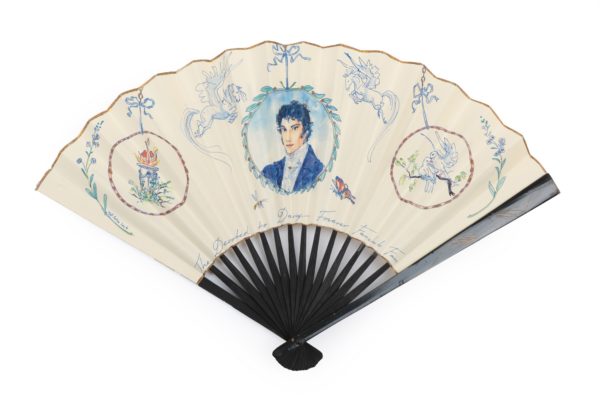 This charming hand-painted decorative fan was created by the Dutch artist Aafke Brouwer in 1996. Brouwer’s depiction of Mr Darcy bears a striking resemblance to Colin Firth’s portrayal of the aloof romantic hero in the 1995 BBC adaptation of Pride and Prejudice, making this object a homage to the BBC classic – and a beautiful object in its own right.