Jane Austen’s House Museum has saved a precious section of a letter by Jane Austen after an outpouring of generosity from the public.

Jane Austen’s House Museum has saved a precious section of a letter by Jane Austen after an outpouring of generosity from the public. The letter will now be on display at the Museum from today, Tuesday 20 August, until the end of the year.

Thanks to the support of the National Lottery Heritage Fund, the Stephenson James Charitable Trust, the Walter Guinness Charitable Trust and individual members of the public, the Museum has successfully raised the £35,000 negotiated purchase price and has now acquired the letter for public access. The public campaign alone raised over £10,000 in the course of just six weeks, with more than 250 donors from around the world chipping in to save this unique piece of Austen history.

The irreplaceable letter fragment joins the 12 other Jane Austen letters held in the Museum’s collection. As promised by the Museum at the start of the public fundraising campaign, the letter will be on display for the rest of the year. From today, visitors to the Museum can take a first look at the letter as it joins the current exhibition Making the Museum, which celebrates the 70th anniversary of the opening of Jane Austen’s House as a museum. 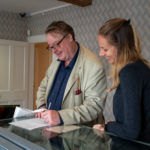 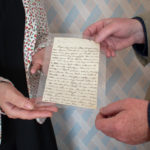 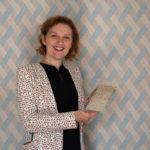 Dr Mary Guyatt, Director of Jane Austen’s House Museum, says: ‘We are thrilled to be able to display this irreplaceable manuscript and we would like to thank the individuals and organisations who have helped to secure its future here.  Each new acquisition advances the Museum’s vision to cherish and share Jane Austen’s home, work and legacy as an inspiration to the world.’

‘As any two pages go, these are delightful and rich in information. The letter fits wonderfully well with others in the Museum’s collection: we have two earlier examples from Austen’s visits to London where she stayed with brother Henry, in May 1813 and March 1814. This, from November 1814, the latest of the visits, was written when she was in London to discuss a second edition of her most recent novel, Mansfield Park, with her then publisher Thomas Egerton.’ 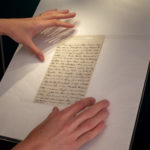 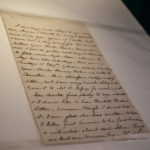 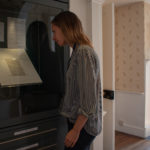