Her letters are our only evidence for Jane Austen speaking/writing in her own voice about the little and the big things that mattered to her. She writes in a free-wheeling style, topics tumbling over one another, in a lively conversational stream of bits and pieces, views, and gossip. Austen’s voice appears artless and chatty. But when their details are unpacked her letters often yield far more than at first appears. In this respect, her voice is very like that of her gossipy spinster Miss Bates in her fourth novel Emma. Miss Bates, too, says and sees more than we might realize on a first reading.

Everyday circumstances leap off the page in this typical letter, bringing Jane Austen’s world to life with surprising freshness.  There is news of brother Henry’s gift of half a stilton cheese and of her mother knitting gloves to pass the time.  The titles of volumes borrowed from the local Alton Book Society give us insight into what might seem surprising reading for a lady novelist. Among them is Charles Pasley’s Essay on the Military Policy and Institutions of the British Empire (1810). But this reminds us of something important: the strong influence of the continuing war against Napoleon on Austen’s writing.  She was at work on Mansfield Park, her third novel, with scenes set against the backdrop of Portsmouth’s naval defences. 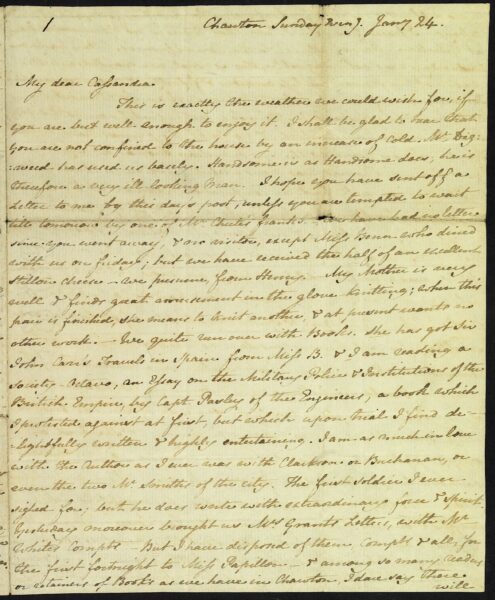 Read a transcript here or watch the video ↓

Object 2: Letter to James Stanier Clarke, 1 April 1816, containing the phrase ‘such pictures of domestic Life in Country Villages as I deal in’

Jane Austen was no lady amateur; a shrewd businesswoman, she was ambitious and confident of the worth of what she wrote. Yet even she received advice on how to improve her writing.  Why not make her next novel about the Royal Family?  Here is her reply to James Stanier Clarke, pompous librarian to the Prince Regent (the future George IV), defending (through clenched teeth, no doubt) her own style: ‘such pictures of domestic Life in Country Villages as I deal in’.  Though brief, it is one of the most important statements we have of how she saw her art. 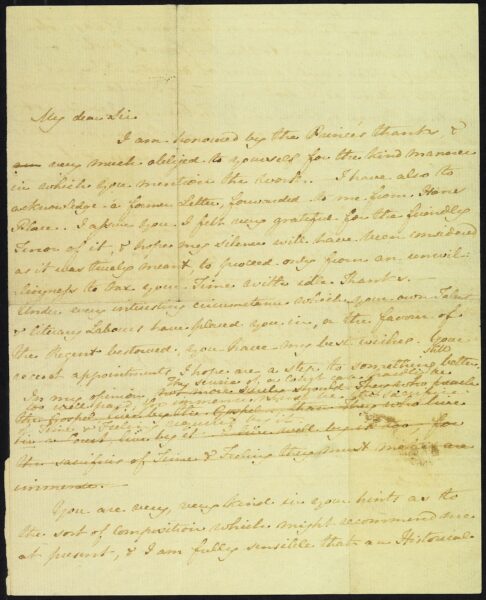 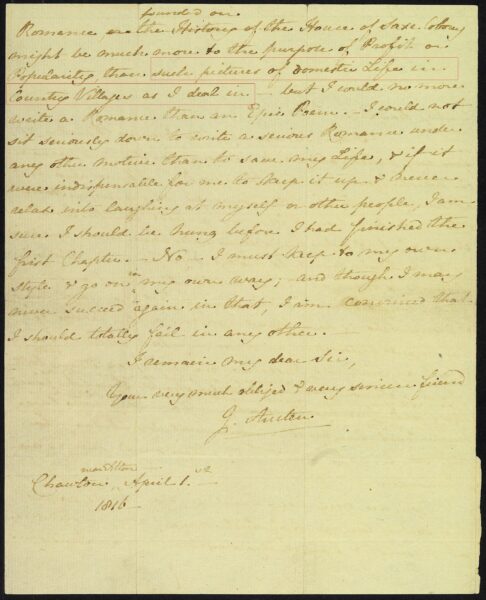 Read a transcript here or watch the video ↓

‘he varnished, he carpentered, he glued; he made toys for the children’, describing Captain Harville in Jane Austen’s last published novel, Persuasion, 1818, volume 1, ch. 11.

Austen’s fictional sailors are all home-loving and domestic. They owe much to her sailor-brothers, Francis (Frank) and Charles. Like many sailors, Frank was skilled with his hands, ‘making very nice fringe for the Drawingroom-Curtains’, as Jane recorded in a letter to Cassandra, 21 February 1807. Frank carved this letter-case for Jane, perhaps during one of his long sea voyages. 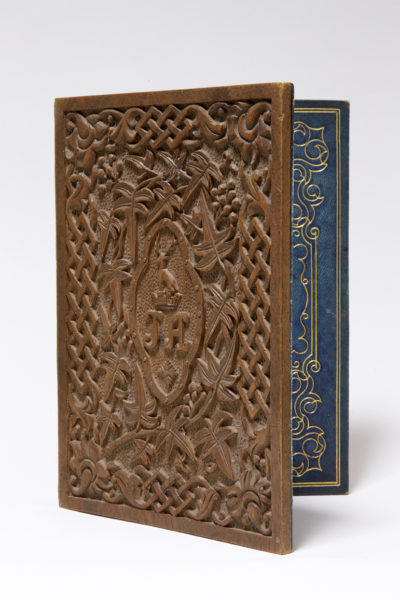 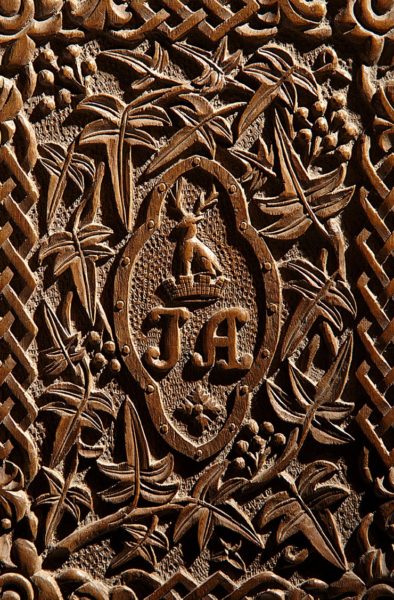