Jane Austen found much of the material for her novels in everyday life and its events. A thrifty writer, she often stored up and recycled incidents and topics over many years. Topaz crosses sent from the western Mediterranean were much later fictionally routed through Sicily to be placed inside a novel. What remains the same, in life and art, is their status as tokens of a brother’s love.

This letter was written from Bath. Jane and her parents had been in the city only a few weeks, having moved there on her father’s retirement.  They were still house-hunting.  The letter describes one property where the kitchen is damp and another with a gloomy aspect. ‘I have nothing more to say on the subject of Houses’, she adds wearily.  A postscript written, for economy’s sake, upside down between the lines of page 1, beginning five lines from the foot of the page and working upwards, includes news of brother Charles, a junior naval officer. With his share of prize money from the capture of an enemy ship he has bought his sisters ‘Gold chains & Topaze Crosses’. 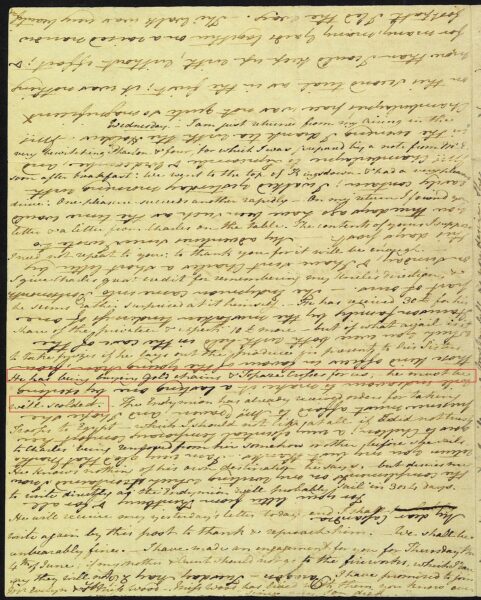 Set in simple gold casings, the two crosses are made of high-quality topaz stones. We have no record of which belonged to which sister; perhaps they shared them.  The crosses remind us of the Christian faith of Jane Austen, daughter of a country clergyman.  The gift of a much-loved brother, the crosses accompanied the letter to Cassandra as it descended through generations of the Austen family. 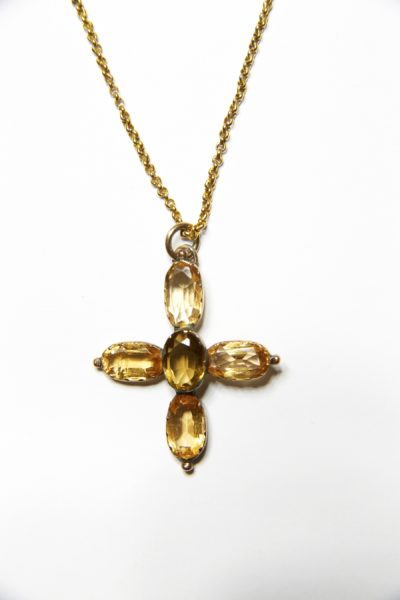 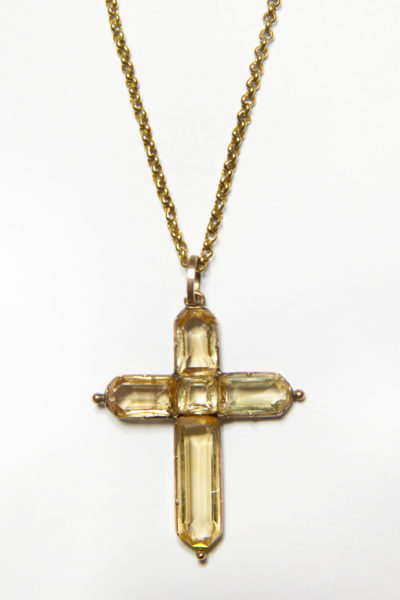 Many years later, brother Charles’s gift provided Austen with a detail in her third novel, Mansfield Park, written between 1811 and 1813.  The gift of the young sailor, William Price, to his sister Fanny, the novel’s heroine, it is her ‘almost solitary ornament … a very pretty amber cross which William had brought her from Sicily’. Unlike Jane and Cassandra’s crosses, Fanny’s lacks a chain.  The anxiety over whose offered chain she will accept when she wears William’s cross at her first ball is one of those seeming trifles that carries enormous meaning for Fanny and, eventually, too, for the reader. 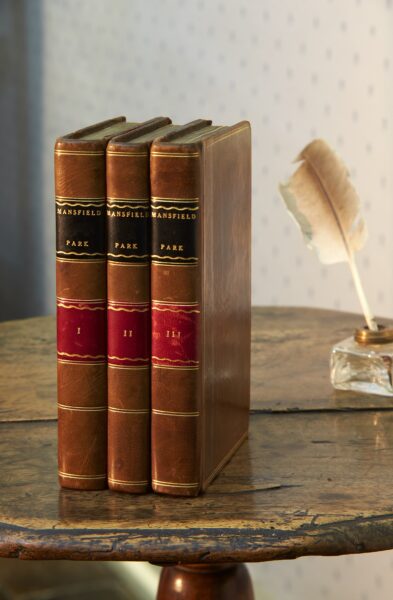