Object 4. Elegant Extracts: or useful and entertaining Passages in Prose Selected for the Improvement of Scholars at Classical and other Schools … (London, Charles Dilly, 1801)

There was a lucrative trade throughout the eighteenth century in anthologies of improving literature for schoolroom use. Elegant Extracts … in Prose exactly fits the bill: essays, letters, and choice passages by leading modern authors such as Swift, Johnson, Gilpin, and Hugh Blair. This copy was handed down from Jane Austen to her niece Anna, then aged 8, in 1801, as the inscription shows. In Northanger Abbey, volume 1, ch. 5, the narrator opposes ‘the man who collects and publishes in a volume some dozen lines of Milton, Pope, and Prior’ to the woman novelist who has ‘only genius, wit, and taste’ to recommend her. READER, PLEASE PAY ATTENTION! 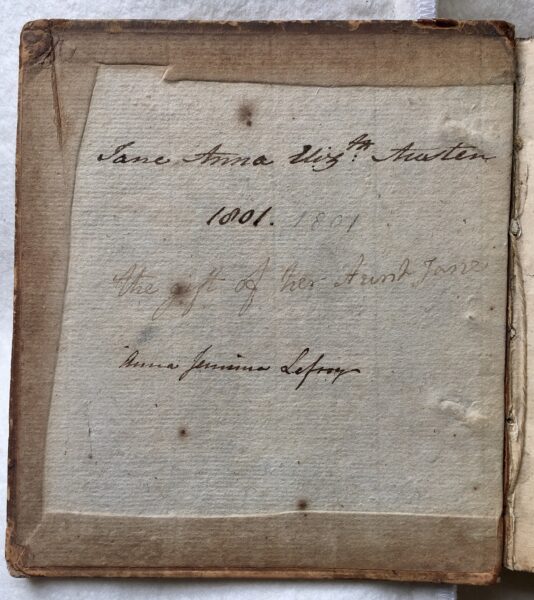 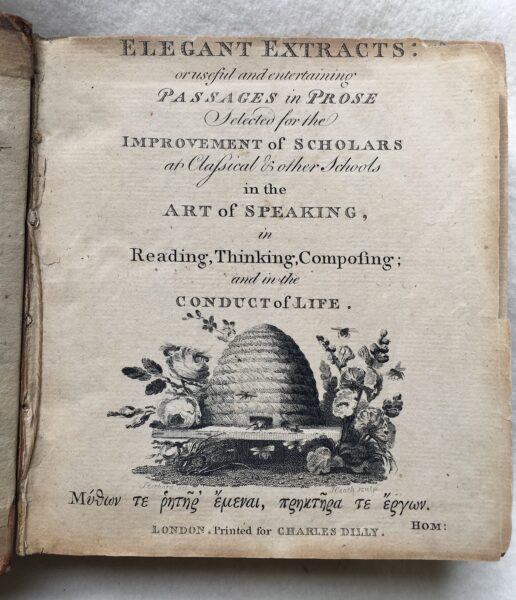 A sententious schoolroom text for girls, Mentoria takes the form of a dialogue between a governess and the children in her care, ranging across religion, etiquette, history, and, on the pages open here, grammar and geography:

‘Now, my dear Mentoria, point out the advantages of the frigid zone’

It is easy to see how an intelligent and mischievous teenage girl might make fun of such books. Murry would go on to teach in the royal nursery. 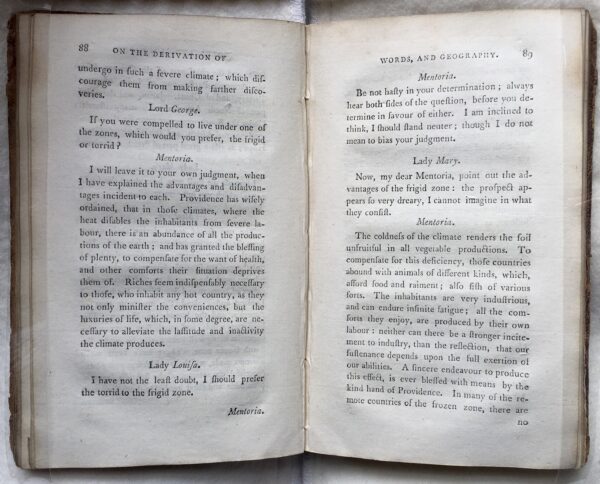 The Revd George Austen’s mahogany bookcase is now in the drawing room at Chawton Cottage and is filled with Jane Austen’s books. But at Steventon Rectory it housed her father’s collection. Would Jane have been permitted to open it and take out the volumes it contained? Yes, perhaps. But she would also have been aware that the reading available to her, however lovingly encouraged by a fond father, would give her none of the opportunities that lay ahead for the boy pupils whose lessons he undertook. 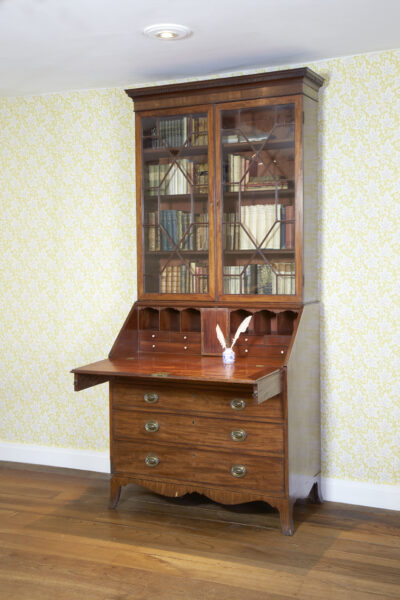 Music making was considered a desirable accomplishment for young ladies at the end of the eighteenth century. It was also, as Austen makes clear in Pride and Prejudice, a matter of keen competition and rivalry in the display of female talents.

Jane Austen owned a piano as a young woman in Steventon and another later at Chawton. Her niece, Caroline Austen, wrote of the Chawton years that ‘Aunt Jane began her day with music … She played very pretty tunes … but the music, (for I knew the books well in after years) would now be thought disgracefully easy’ (My Aunt Jane Austen, 1867).

This keyboard copybook includes the boldly inscribed title ‘Juvinile Songs & Lessons’, perhaps in the hand of the person who gave it to Jane. Underneath Jane has written what looks like an ironic aside: ‘for young beginners who don’t know enough to practise’. 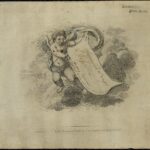 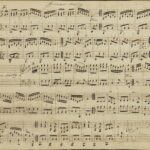 Listen to an extract: German Waltz in E-flat major 🎧