Room 7: The novel in letters and letters in novels

When Jane Austen began writing in the 1790s, novels in letters – sometimes called epistolary fiction – were a popular form. Whatever their subject, novels in letters wear their themes and preoccupations on their sleeves and openly invite interpretation as the correspondents engage in ‘reading’ one another’s behaviour and opinions. This openness to debate, whatever its deep structural origin, is written large across the pages of Pride and Prejudice, Austen’s most loved novel, which may have been drafted in its original form, in 1796-7, as a novel-in-letters. Elizabeth Bennet in particular must learn to be a skilful reader of character and event.

The letter in which the oily Mr Collins, in smug style, announces his imminent visit to his cousins the Bennets

Even in its final published version of 1813, Pride and Prejudice is structured around and full of letters: Elizabeth Bennet writing to her sister Jane and her friend Charlotte Lucas, now Mrs Collins; letters from Mr Collins and famously from Mr Darcy to Elizabeth. As many as 42 letters are mentioned and there is considerable emphasis throughout the novel on reading and re-reading letters. 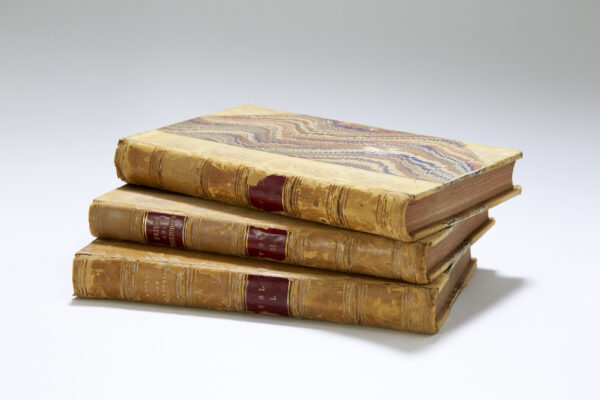 Mr Collins’s conciliatory letter to Mr Bennet occurs in Chapter 13. Click here to read it ✉ or watch the video ↓

In one of the most famous descriptions in any of Jane Austen’s surviving letters, she here describes to her sister the arrival at Chawton Cottage from her publisher in London of the first copies of Pride and Prejudice.   Austen writes: ‘I want to tell you that I have got my own darling Child from London’.  She referred elsewhere to her novels as her children, writing in late 1815 or early 1816 to her niece Anna, whose new daughter she had not yet seen: ‘As I wish very much to see your Jemima, I am sure you will like to see my Emma’. 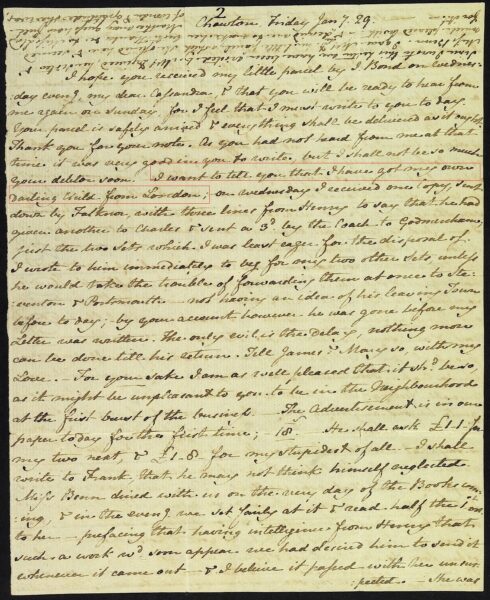 If you enjoyed it, please tell us on social using #JaneAustenHouse