Join Award-winning playwright Laura Wade, acclaimed actor and theatre director Samuel West, and Austen expert Professor Kathryn Sutherland for this year's Carpenter Lecture - an inspiring and insightful 'in conversation' at Jane Austen's House that you can enjoy from the comfort of your own home.

Our Ambassadors for 2020-21, playwright Laura Wade and actor Samuel West, join highly acclaimed Austen expert Professor Kathryn Sutherland for a stimulating discussion of Jane Austen’s works, from a dramatist’s point of view. Gathered around the Dining Room table at Jane Austen’s House, they discuss the question, “What makes a good Jane Austen adaptation?”

This year’s lecture takes the form of a relaxed and lively conversation, filmed on location at Jane Austen’s House in Chawton and released on YouTube for you to view from the comfort of your own home.

Pull up a chair and enjoy this delightful, in-depth exploration of Jane Austen – from the adaptations of popular works that she wrote herself as a teenager, to recent film adaptations of her work – from Sense and Sensibility and Mansfield Park to Clueless and Bride and Prejudice!

This event will premiere on our YouTube Channel on Thursday 17 March at 8pm, and will be available afterwards for you to watch at your leisure.

This event will be freely available, as we want it to be accessible to everyone. If you enjoy it, please do consider making a donation to the Museum – thank you!

This event has been made possible by generous funding from the Carpenter family.

“Jane Austen is such an inspiration for my writing. I love her clever wit and strong female characters and being able to visit the home she imagined in, the desk she wrote at, is an incredible chance to get inside her head and step into her world.  I’m honoured to be an ambassador to Jane Austen’s House alongside Sam.” 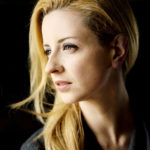 “After appearing in the BBC film adaptation of Persuasion 25 years ago, I became a big admirer of Jane Austen’s writing, her biting humour and brilliant characterisation.  Visiting Jane Austen’s House was a rare and special glimpse into the life of a beloved artist and now I’m thrilled to be an ambassador. Laura and I can’t wait until our children are old enough to start reading the novels!” 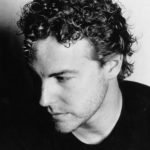 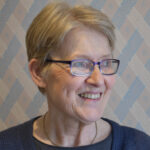